Home » Streaming » How can I unblock and watch UK TV Live in Spain?
Streaming

How can I unblock and watch UK TV Live in Spain?

There are many superb TV channels in the United Kingdom to stream online. These include BBC iPlayer, 4 on Demand and more. Watching these channels is fine while in the country but if you take a trip or relocate to Spain you lose access to them. So, the question we are going to answer today is how can you unblock and watch UK TV live in Spain.

The solution is by using a VPN. But not every provider out there is able to offer servers that allow you to overcome geo-restrictions. Therefore, you have to choose wisely. One of the most essential things is to choose a provider offering a server based in the UK.

So, if you want to find out how to stream abroad read on as we give you a step-by-step guide.

Why do I need a VPN?

Once you go outside of the United Kingdom, your IP address changes and you take on one from the country you are in.

The streaming service knows which country is associated with your IP address and puts a block in place if it is outside of the UK. 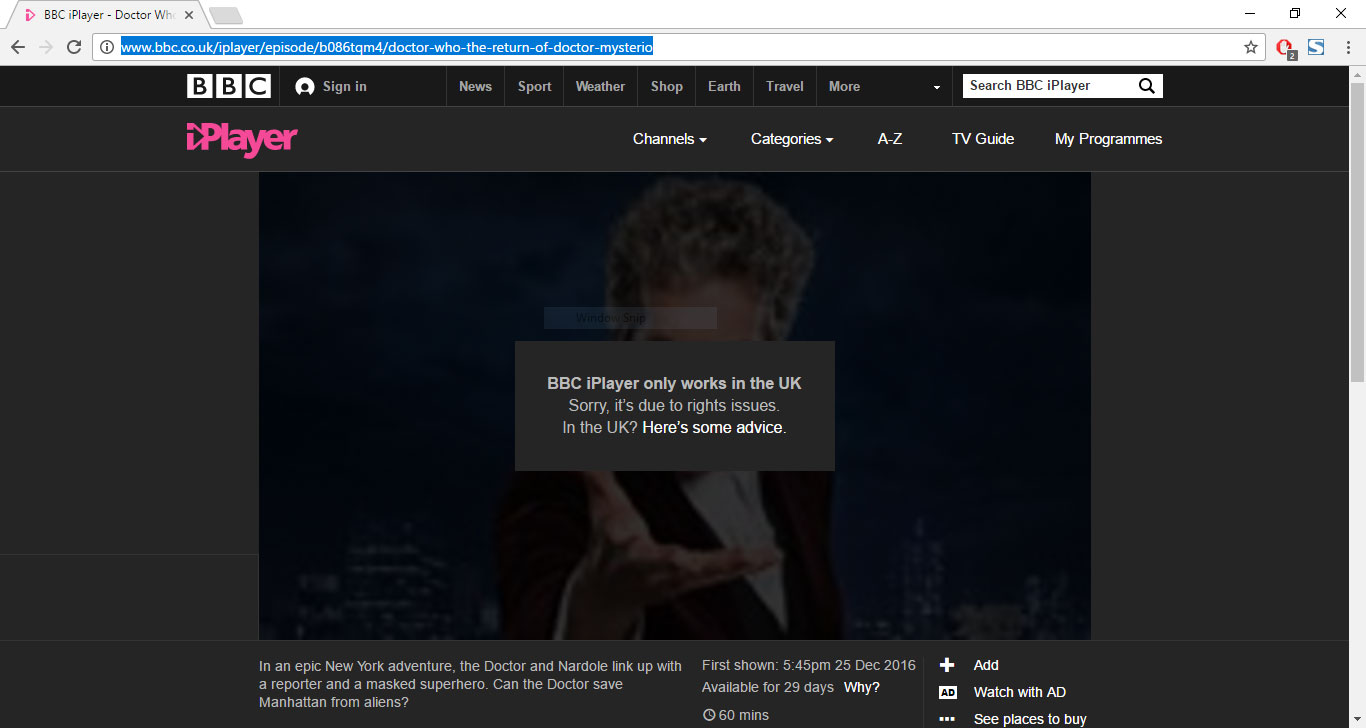 To get around this, you have to make the streaming service think you are still in the United Kingdom and this is possible using a VPN.

How to unblock and watch UK TV in Spain?

To change your IP address you can follow the steps below.

First, choose a reputable VPN provider and sign up for a plan. We highly recommend ExpressVPN as it is the leading provider offering blazing fast servers with a choice in the UK.

The provider offers huge savings on a yearly plan of 49% and it provides you with three free months for the first year.

Next, choose the apps you want to download for the devices you plan to use with the VPN. For example, your computer, smartphone or tablet. Go ahead and install the app, then click on the icon to sign in.

Finally, click on the server name in the dashboard, choose a server from the UK, and connect to that server.

Your own IP address (based in Spain) is masked and you take one on from the server in the country you connected. This fools the TV Channel into thinking you are located within the United Kingdom and you can sign in to the streaming service.

With this trick, you can also unblock US Netflix and many more TV channels from the US by choosing a server from the United States.

Three of the best VPNs for streaming

Not all providers have what it takes to beat geo-restrictions and unblock. However, we know three of the best ones that can do so easily.

We chose ExpressVPN as it is a premium provider offering one of the best VPNs out there.

The provider offers a choice of three payment plans with the same benefits. It has blazing-fast servers not only in the United Kingdom but also around the world. Which will help you watching British TV channels from Spain.

It offers excellent security to ensure the ISP or streaming service cannot find your true location.

We believe in offering choices so we also recommend NordVPN and CyberGhost as alternatives for streaming abroad.

Both providers are also capable of unblocking numerous streaming services including Netflix, BBC iPlayer, BBC Two, 4OD and many more.

Now you have found the solution for how to unblock and watch UK TV live while in Spain. You should know that this works in any other country in which you might be located.

Of course, a Virtual Private Network does so much more than just overcoming geo-restrictions. You can use it to bypass censorship in high censorship countries, remain anonymous when torrenting online and keep your personal details private and secure.

How to watch Champions League live with free HD streaming?

Formula 1 (F1) free HD streaming: watching it with a VPN is super easy !

How can I have a Turkish IP Address? Here’s how to do!

How to Watch Harry Potter on Netflix – This Trick Works in 2020!