Are VPNs legal in 2023? The straight answer is yes. These online tools were created to provide users with a secure network. They are especially utilized by organizations and big businesses. However, people can use them for illegal online activities. This has given the service a bad reputation.

The legality of this software falls into the category of “mostly legal.” Most countries allow the outright usage of the service within their borders. However, in some states, the legality of using Virtual Private Networks is a complex concept.

Extreme government attempts at censorship in countries like China, Turkey, and Russia have made the legality of this tool in these countries a grey area. Nonetheless, Virtual Private Networks are allowed in these countries under certain circumstances.

In this article, we will explore the stance of some heavy hitters in the world on the usage of this application. Also, we will provide you with a detailed look at the type of restrictions imposed by the government of some countries.

But first, let us take a look at what a VPN is and why you need it.

What Is a VPN?

This acronym stands for Virtual Private Network. It is a tunnel of sorts that allows you to conduct your online affairs without worrying about someone tracking or monitoring your activities.

You connect to a server and then assume the IP address of the server. In fact, it is one of the most secure ways of using the internet.

This service offers high levels of security. However, this is a double-edged sword. This is because it can also serve as a reliable cover for illicit and illegal online activities, which is perhaps why you are left to wonder, “Are VPNs legal?”

We’ll get to that in a bit.

Under some circumstances, this service is totally private. However, if you make use of cheap options, it is possible that they may save your data and hand it over to the government in the future.

Get a premium VPN now >

Regardless of this, with the right tool, there are many benefits you stand to enjoy from using a VPN. We will discuss some of these in the next section.

Why Do You Need a Virtual Private Network?

There are many ways in which this service can benefit users. Some of them include:

It is used by corporations to secure their workplace

That way, they can shield themselves from intellectual property loss.

In fact, many organizations do not allow their employees to use their workstations from home without a Virtual Private Network. This is one of the most important uses of this service.

It is used by individuals to ensure privacy and anonymity

There is a myth that the government is always watching. Well, that is true in some countries as will be discussed later. However, for journalists and authors that are worried about third parties stealing their work, this service comes in handy.

If you don’t want a search engine to track your history and send targeted ads, this service is useful. This application ensures that your IP address is secure. With it, you remain anonymous and invisible to unwanted third parties, search engines, and even the government.

It allows you to use public Wi-Fi safely 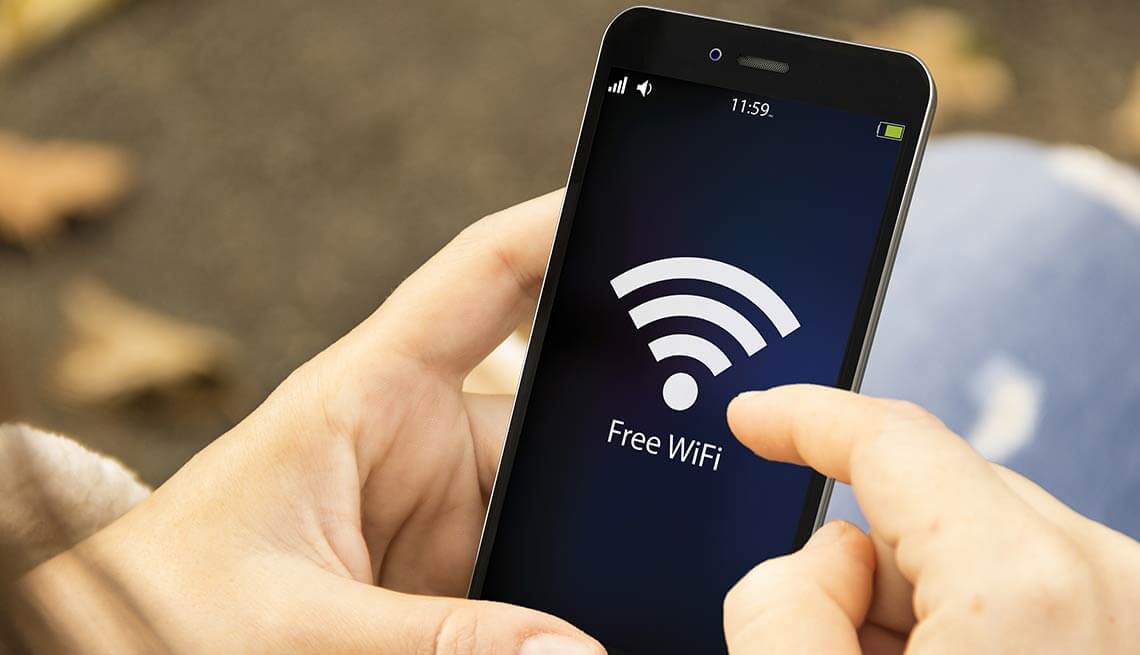 Public Wi-Fi networks pose a potential security threat. They should only be used to browse the internet casually and not for secure transactions. In fact, it is easy to eavesdrop, hack, and monitor your connections while you are on public Wi-Fi.

Thankfully, this is where the VPN steps in. Tunneling your data through a secure network protects you completely. Additionally, you can carry out your secure transactions on public Wi-Fi with no issues.

You can use it to bypass geo-restrictions

If you are a fan of online streaming, then you know what a geo-restriction is. Also, if you use services such as Netflix and YouTube, you would have notice that the catalogs differ by country.

Geo-restrictions mean that certain content is only available in certain countries.

With a Virtual Private Network, you can assume the IP address of allowed locations and access their content. This comes in handy when you need to access the Netflix catalogs of other countries.

Countries Where VPNs Are Legal in 2023

In this section, we will discuss countries where VPNs are allowed with no restrictions. In these countries, you can freely access and subscribe to a premium service like ExpressVPN. Keep reading to see what we mean.

Yes, this service is acceptable by law in the United States. However, be sure that you are not using it for any illegal purpose. Also, if you use a service that keeps internet logs, they might be required to give your data to law enforcement if there is a need.

The government does not restrict VPN websites for any reason. In fact, the USA is (meant to be) the champion of internet freedom.

Are VPNs legal in Germany? The answer is yes, as long as you are not using them for illegal activities. You can use it to access the internet without worrying about third-party monitoring. Also, you can use it for anonymous torrenting and high-speed downloads.

The government of Australia introduced an online infringement bill in 2015. However, it does not restrict the use of this tool. As long as you are not using it to commit a crime, you are on the right side of the law.

Additionally, you can use it to watch American Netflix in Australia without any issues.

Also, we have found that premium tools such as NordVPN offer HD streaming in Australia, even, of course, on geo-blocked platforms.

The list of countries in which a VPN is legal in 2023 is undoubtedly longer when we compare it to that of states that consider it illegal. Other notable countries that allow the use of this tool include:

Although a Virtual Private Network is legal in most countries today, there are still some governments that frown at its usage. Some of them include China, Russia, Turkey, etc.

Below, we will explore the intricacies of using a VPN in some of these regions in 2023.

Is a VPN Legal in China?

China is home to one of the most extensive and sophisticated censorship systems in the world. In fact, censorship is so advanced that the government restricts citizens from accessing the websites of many cheap VPN services. This means that VPNs are not exactly legal in China.

Some services are allowed to operate in the country. Although, these services are required to provide the government with user logs. This gives the Chinese government a back door that allows them to monitor your internet activity.

In addition, there’s a penalty of up to $2,000 for unauthorized usage of Virtual Private Networks. However, this doesn’t mean that you can’t make use of this service. Premium service providers such as ExpressVPN allow you to circumvent the government’s censorship system without any issues.

Is a VPN Legal in Russia?

Since 2017, the Russian government has banned the use of VPNs, excluding those that are approved by the government. Additionally, VPNs that the government allows receive a list of banned websites.

However, unlike China, the Russian government cannot track unauthorized usage unless there is a reason for them to spy on you directly.

What does this mean? It merely means that this software has limited use in Russia. Also, they are not exactly illegal, but they are subject to stringent regulations.

All providers of such services must offer complete transparency to the Roskomnadzor, Russia’s faithful media watchdog.

If you intend to use this service in Russia, use a reliable one like NordVPN or ExpressVPN. Cheaper options always submit data logs to the government.

Is a VPN Legal in the United Arab Emirates (UAE)?

The government in UAE outrightly blocked the use of this service in 2012. However, there is a catch. This ban is only active when it comes to private individuals. Organizations, corporate businesses, and banks can use it without any form of restriction.

The government stated telecommunication violations as the reason behind the ban on citizens and residents. People were using this software to access services such as Skype. As such, there was a negative influence on the business of telecom companies.

Hence, the ban was imposed.

A vast majority of VPNs are blocked for individuals. There is a fine of up to $550,000 for anyone caught using this service without any proper authorization. Therefore, if you must use this service in the UAE, get proper permission or use premium untraceable services.

Get a premium VPN >

Is a VPN Legal in Turkey?

The use of this service in Turkey is not exactly against the law. However, the government has cracked down on the use of some providers. Many people believe that Turkey is shifting to the level of internet censorship present in China.

The government has blocked sites such as Twitter, WhatsApp, and Facebook. Although, you can access these sites by making use of services such as ExpressVPN which are still working perfectly in Turkey.

Other countries that have restrictions on the usage of VPNs include:

A Virtual Private Network holds many benefits for the casual user. You can use it to keep your internet activity private and secure. In most countries, the law upholds the use of this service.

However, there are countries like Turkey, China, and Russia where VPNs are not exactly legal in 2023. Be sure to check out the internet laws of a country you are visiting for the first time.

Also, use premium services like NordVPN and ExpressVPN. Finally, be sure that your internet activities are above board.

🔐 Can you get in trouble for using a VPN?

It really depends on the country you are in. But be aware that in 95% of cases, you risk absolutely nothing using a VPN since it is perfectly legal in the vast majority of countries around the world.

For example, using a VPN in the US, Canada, Great Britain, Australia, Germany, New Zealand, etc, is legal.

Yes, using a VPN in the United States is absolutely legal. How you use it is up to you.

📺 Is it illegal to use a VPN on Netflix?

No, this is not illegal as long as you pay for your Netflix subscription. Proof of this is, Netflix does not ban anyone for using a VPN. The streaming platform prefers to ban IPs from VPN servers directly.