However, while the UK government designed this policy with good intentions, it actually has a lot of damaging consequences.

Upon the ban’s implementation, all for-profit pornographic websites in the UK will need to adopt an age verification system.

To ensure the policy is taken seriously, the BBFC has promised to block any website that fails to comply. In addition, the payment services of erring websites could be withdrawn.

How Will I Have to Prove My Age?

Rather than using a general approach, the UK government is allowing the pornographic industry to manufacture their own systems for age verification.

AgeID was created by Mindgeek, which is the company behind some of the biggest pornographic websites in the industry. With AgeID, the user will need to verify his or her email address and then select a method for age verification from a host of third-party providers like credit cards, SMS, driving license, or passports.

Once you have paid and your payment has been verified, you will be given the pass, which you need to activate within 24 hours. Upon the activation, you will be able to lift the block.

The next age verification system is AgeChecked, which verifies the identity of a user via a credit card, a driving license, or an app. Upon verifying that a user is above 18, the system will provide the user with a username and password.

In a way to avoid the use of usernames and passwords, AgePass utilizes a private blockchain, manufacturing many encoded symbols to represent the user on a number of websites.

However, users will still need to verify their age via a driving license number, a mobile phone number, debit and credit card details, or through an application.

While this system also has the option of getting a physical card, like AgeID, it is more expensive at £10 compared to AgeID’s £4.99 or £8.99.

This system will verify the identity of a user with their mobile phone number, driving license, debit card, or credit card. The way it works is pretty much the same as the systems we have talked about.

The way Yoti works is quite different. While it also uses an app to verify the age of a user, it uses a face recognition mechanism as well.

The system will tell if a user is up to 18 or not via the camera on a computer, phone, or tablet. Obviously, the images captured will then be instantly deleted.

Is My Data Safe?

However, there were reports that billions of records were compromised in the first half of last year alone.

People seeking to be anonymous online will then jump on VPNs which have many advantages. We will look into this later in this article.

While there’re some steps you can take to guarantee your safety online, it comes down to the company’s reliability eventually.

According to AgeID, “when a user registers an AgeID account using an email address and password, both are protected by a salted one-way hash.” Simply put, this means that the company doesn’t know the date of birth or identity of the people who register accounts with them.

But, there have been reports that while the company’s current policy states that data collected is protected, there is an old version of the privacy policy that says that the firm could gather names, date of birth, browsing data, and addresses of its users.

As a result of this, the best thing to do is to learn how to find a way to bypass the block totally.

No, not every pornographic site will be affected. In fact, the block is actually for for-profit websites and not for free ones.

How Can I Get Around the Block?

While nearly all pornographic sites in the United Kingdom are blocked, we are delighted to inform you that you can actually access those blocked websites by using a Virtual Private Network, popularly called a VPN.

A Virtual Private Network creates an encrypted channel between your browsing device and a VPN server operated by the company. When your data traffic travels through this channel, nobody will be able to see where the traffic is moving from.

Even your internet service provider won’t see anything as well.

For the best VPN service, we recommend you to find a paid VPN. With a paid VPN, you can learn how to stream all the restricted content to your heart’s content. Additionally, they won’t need to hand over any sensitive data.

A lot of them also log your activity and data and sell it to third parties. Therefore, if you want to ensure that your pornographic preferences stay private, stay away from free VPNs.

Moreover, some free services are infected with malware, which hackers may use to steal the credit card details of users. Not only that, but the malware could also help them steal the identities of users as well.

Since these services typically have too many users and insufficient servers, how they tend not to meet demands is understandable. Therefore, if you’re intending to watch long videos in high-definition, you will encounter lots of buffering with a free service.

Will Ban Make the Internet Safer?

To honestly answer this question, we don’t see how the block in the United Kingdom will improve safety on the internet.

Since there’re millions of pornographic websites, it’s unlikely that BBFC will be able to monitor all of them.

Furthermore, the ban is extremely easy to bypass, which should be a concern to the UK government.

Of course, the primary targets are teenagers, and they are already experimenting with VPNs to unblock the restrictions. Therefore, they can easily install VPN extensions on popular browsers like Chrome and Firefox to seamlessly bypass the porn-block. 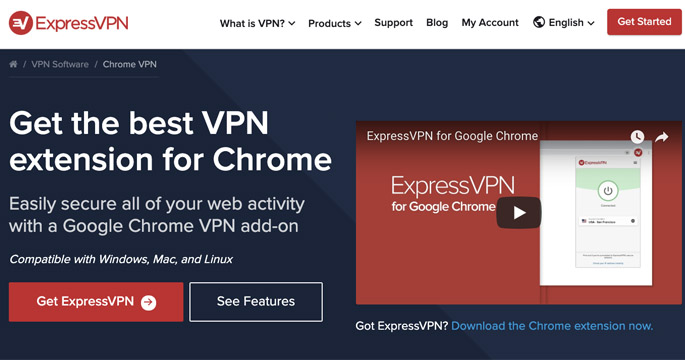 Nonetheless, the government of the United Kingdom is marching on in its mission to regulate the internet considerably. At this stage, the porn-block is unavoidable, but learning how to avoid it is simple. Amazingly, it is also legal to avoid.

While the decision of the UK to control children’s access to pornographic content is commendable, it has numerous negative consequences. Despite the strong security claims being made by age verification companies, there are still high chances that people’s personal data could end up in the wrong hands.